The Trap of my Imagination, Where I am Safely Perfect 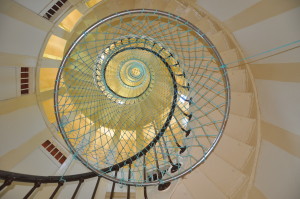 This morning, as the end of a year approaches, I woke into an insight as framed in the last few days of reflection and consideration. The insight pointed out that part of me thinks it’s safer to leave GOTS and all my other bits-and-bobs of writing unfinished. I’m pretty aware of this pattern of stopping again and again though I’ve not yet  overcome it.

Fishing around for my motivation to finish GOTS I saw that there is a contradictory inner force pulling the strings, ruling through my own abstention from taking power, my own abdication.

GOTS has this strange quality of never, never ending, while simultaneously taking 60,000 words (so far) to go absolutely nowhere. It’s a non-story, in fact. But if I keep it unfinished, in a permanent state of “draft,” I never have to deal with that. A perpetually hopeful, childish, “I don’t want to grow up and finish something attitude”  keeps everything I work on in a state of incompletion. 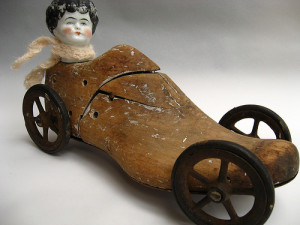 Short stories are always just drafts, poems are drafts, CTRH (my first “novel-thing”) is a broken mess of a draft that is, not surprisingly, without an ending. GOTS is so flawed that I can’t see my way to complete it because its “completed” state will prove that my writing is a waste of time.

I “refuse” to put action in the story (observing “it just keeps slipping away”), I never make something happen, and my characters don’t act decisively and with commitment (yes, my characters appear to be reflections of my own worst traits, don’t worry, I won’t force you to read it), because doing so would send them on their way toward being just as crappy in their final form. Short stories don’t get shown to anyone, they sit in rough or final drafts or are idealistically compiled into  fake “anthologies” which go nowhere though their mother has high ideals. Everything inhabits a fluid and open spot on my to-do list. Eternally in progress, unjudgeable, safely tucked away.

If that’s the case — and it is the case — now that I’ve identified the problem, what needs to be done to fix it? Two ideas popped up in the course of assessing this situation.

1. I need to submit short pieces to real markets and not just self-pub them (to my audience of 4 blog-readers). Self-pub is in the works for some things, but self-sabotage requires external assistance. If I rely on myself for everything, the process breaks down at some point – something stalls when that outdated mindset wants to keep everything “safely” In Progress.

2. I need to finish a crappy draft of GOTS. It needs to crawl to the finish line. I’ve come to judge it, to think poorly of it, to disdain it because it’s such a pale, broken simulation of what it was supposed to be and keeping it un-done allows my mind to hold onto what “it could have been” and what it  “could be,” the ideal I’m capable of creating in a perfect world where I’m a perfect me.

This means that, for my own peace of mind, to overcome this pattern of cowardice (always backing away, always turning tail with a cheery smile on my face as I look to New Ideas that don’t put up a fight), I have to start calling some things DONE. Play is all well and good and I love that part of creative work – that it engages playfulness – but at this late date, I also need to grow up a little and claim my work as *Something* and not just let it dissolve so I can avoid disappointment through avoiding completion. Not having done this and  always focusing on process, I’ve also avoided the kind of joy that is only available by wrapping something up and feeling the syncretic reality of process joined with final product.

It’s time to stop fooling myself with my fantasy world in which I pretend all is well in the workshop, that all the kinks are being worked out eternally, eternally in service of how good my ideal is and, “shhh, don’t look at the broken, misshapen, flat and unworkable prototypes on the factory floor. They’re not mine, I don’t know how they got there.”

If I want to inhabit my creativity, if I want to actually do real work and not live in my head (where it is very, very safe and very, very stifling) then I’m going to have to finish something and let it exist as itself in the world.

***
image credits: Amédée Lighthouse stairs, photo by Eustaquio Santimano, originally on flickr, here, but it wouldn’t load for me. It was also here. Creative Commons license.

the armless driver (WHO is driving this ship?) is also on flickr from donpezzano/Don Urban. Creative Commons license.

the little broken dolls are from the blog Ullabenulla. The blogger, Ulla Norup Millbrath uses such things for her own artwork (lesson: use it all, even the broken pieces!!). Not cc licensed, but hopefully use with attribution is ok.

6 thoughts on “The Trap of my Imagination, Where I am Safely Perfect”