… is not something I’d really recommend.

It is the Disneyland of Nature, at least down in the valley, where it parodies itself (the Yosemite that once might have existed): You can go to the gift shops to buy postcards of the scenes you can’t see because you’re in your car, stuck in traffic, unable to park and get out and being yelled at by the park “ranger” who’s mad that she’s really a traffic cop.

When you do finally get out, there are fences with signs posted about how there’s restoration going on and ‘please don’t enter this area.’ The subtext of course is that there have been too many people entering the area and now it has to be “restored” to some “more natural” or “more pristine” state. My guess is that those areas will never be reopened. They would just get trampled and trashed.

I’m conflicted between a desire for experiencing that pristine state and recognizing that humans are part of New Yosemite’s ecosystem. We’ve essentially overrun it, but we’re part of it. As are our cars, our waste, our noise. THAT is Yosemite.

I tried to find a way to have a suitably reverent state of mind. It is awe-inspiring, those sheer cliffs rising above you and framing the sky or the vista encompassing massifs and vast horizon, forest and falls. I was selective about the photos I took – they’re distinctly NOT pictures of the crowds on the handrail-lined trail, of the milling about in the gift shop (or of the gift shops at all), of the heat shimmering off the lined-up roofs of cars. Those photos would have been more honest, though. 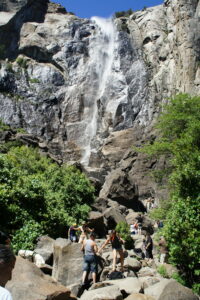 I think I have a very unpopular opinion – that maybe it’s inappropriate to make it accessible to all (from the comfort of an air-conditioned gas-guzzler). Maybe such grandeur deserves to be met after some amount of effort on our part (not just handed to us after purchase), after, even, some degree of struggle following which we are grateful for the beauty and the wonder instead of just expectant that it’ll appear around the road’s next bend.

Also, my opinion reveals my hypocrisy. I’m thinking of driving there in the fall, so that my limited-mobility dad, who, by the way, is obsessed with our driving culture (the irony does not escape me) can see it. So, I won’t be trekking in or through Yosemite, or backwoods camping or climbing Gary-Snyder-like into a fire lookout to end up formulating an environmental ethic or a novel or great works of poetry infused with the spirit of place. Instead I’ll be one-eye on the road, one on the hunt for the next bathroom  or picnic-lunch spot or vista.

I’ll be wishing for contact with something that’s just out of sight. 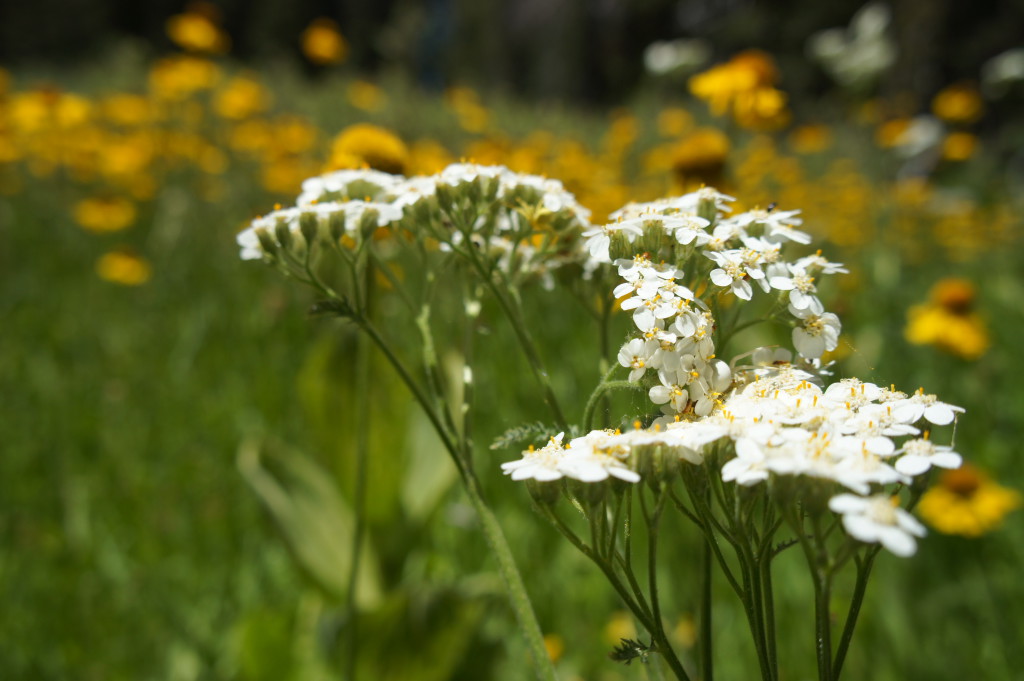 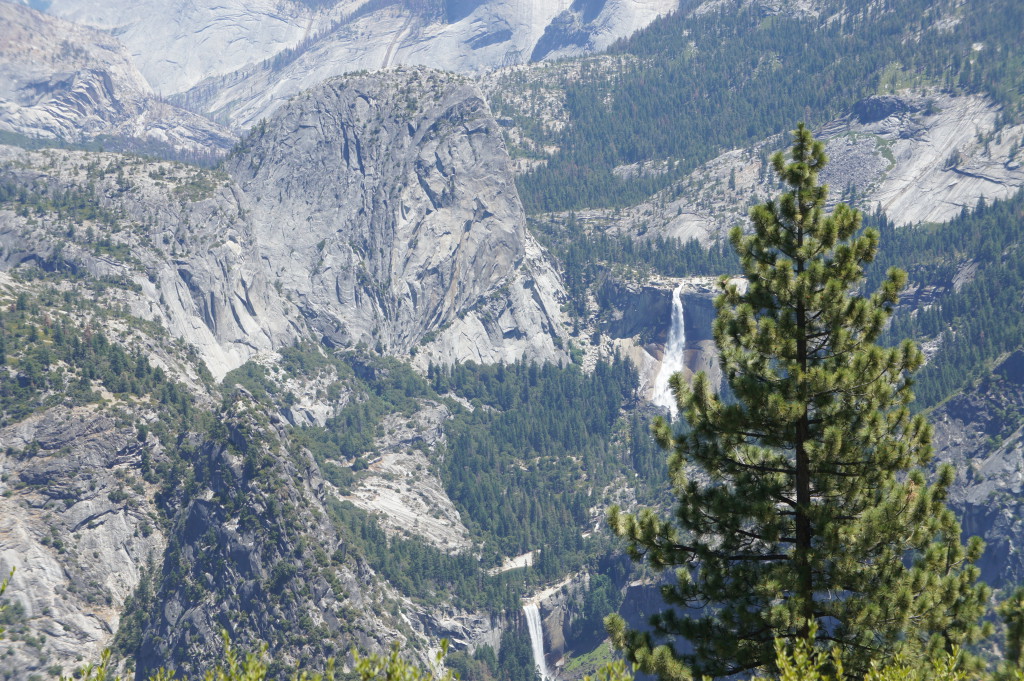 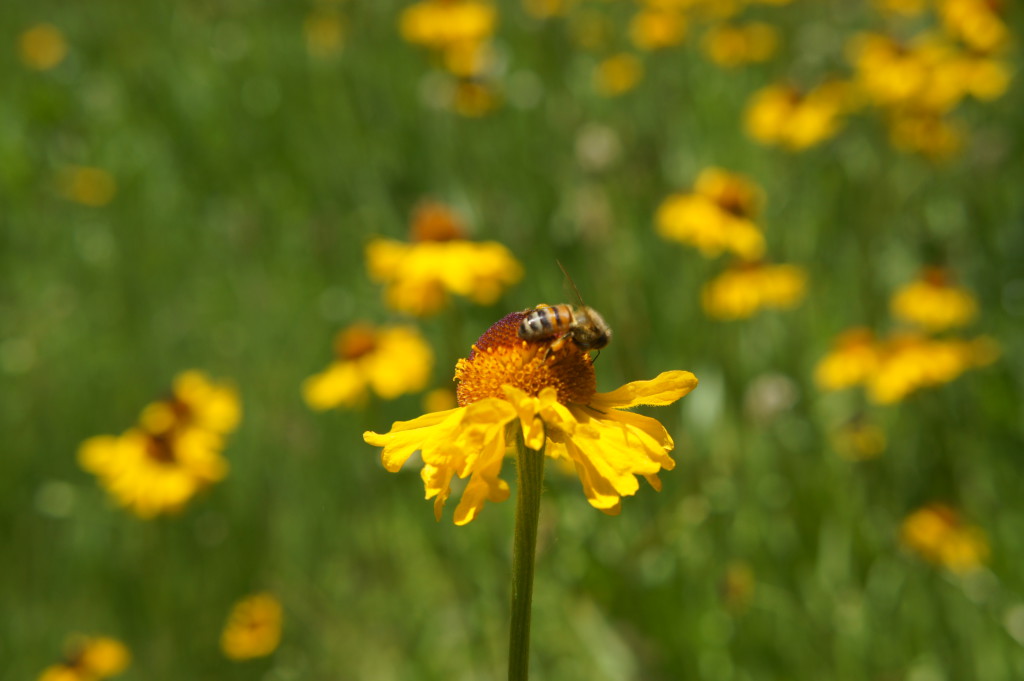 ***
and, as if the intrusion of automobiles and the extending of infrastructure into the region didn’t provide enough catalyst for change, there’s evidence that the forests themselves are changing and drastically. Drought, climate fluctuations, and concomitant stress and weakness leading to pest infestations are taking their toll. It’s a whole new world.