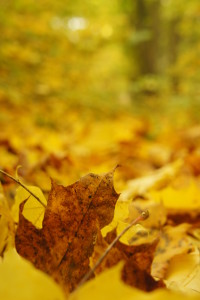 I’ve always felt that the dead are pretty quiet folk. They sound mostly like dry leaves, or like the skitterings of mice.

Having survived the deaths of four family members, two friends, and a stranger, plus living next to the cemetery are bound to make a person inclined to be listening for what past-folk might be saying.

I was out there yesterday, sweeping off the granite markers hidden in the thick, end-of-summer grass.  The long stems hung heavily, pulled down in all directions by waving seed heads.  Mice had gotten to a lot of the seeds.  I won’t trap them in the house, the mice. They have their own business and I’d just as soon send them on their way, out the door to do it, than make them suffer at my hands. Kind of like the dead.

“I’ll let ’em be.” I shook my head at my last living brother, Jacob, who’s 12 years older than me and who was trying to convince me I needed another, younger, cat.

“Posey’s good as deaf,” he said, as though that indicated a defect, but he wouldn’t have understood if I’d told him that she and I were in perfect agreement about the mouse situation and that she and I both tended to listen to things Jacob couldn’t have been capable of hearing anyway.

When I say the dead are pretty quiet I’m talking about the ones who die as they’re supposed to.  I mean we’re all supposed to, and it’s not the being dead that can cause problems. It’s how you get there that’s important.  Take my mama for example.  She was the kind of person who lived with a flourish, everything she did seemed to have her signature on it because she put her heart into her life.  So even though she died early and we missed her terribly, she didn’t leave anything incomplete.  She was the kind of person you always feel around you, but not because she’d left people with old hurts or unmended rips, but because she’d been the first one to show you the wisteria bush over at the McClure’s abandoned homestead or she’d brought over fresh doughnuts when your first grandchild was born, or she’d singed an old petticoat for trying to make a miniature hot air balloon for one of our science projects.  And so, every time you smelled wisteria, ate a doughnut, or put on a petticoat you felt like smiling.  That’s why I say she’s quiet. It’s not that she’s disappeared, but being quiet, she’s not hollering for attention, raising a ruckus, or needing figuring out like some dead people.

as usual, Fiction Going Nowhere is draft-status – it’s not story-ready and is probably unlikely to be developed further. Sorry about typos or errors or the fact that it currently is Going Nowhere. I hope it’s entertaining, nonetheless.

image – mine, taken in Germany