Sometimes I think I want to do the impossible here on Wander-Bird: try to tie in all my disparate interests and reveal the common thread that I follow intuitively.

For example, I write stories and I’m a plant geek and apprentice permaculture designer. It seems it would be hard to write a post that would tie those things together, right? Unless I wanted to set a murder mystery in a botanical garden (hmm, maybe that’s a good idea!). I think I figured out from the following video, though, that both interests are fundamentally world building. I’ll be darned, I never saw that coming!

I’ve learned in writing (with the help of the How to Think Sideways course), that the answers to story problems are usually in plain sight and just require training the unconscious mind to actually SEE what’s been observed. As I work on becoming a better writer, I’m still learning to stick to the trail of the story. When I lose it, I find I have to “feel” around the work and let what I’ve observed about it settle in my awareness, letting it percolate at the edges and then -*pop*- up comes an idea for a solution.

The same kind of method is a fundamental part of permaculture design – long observation forms the basis of eventual understanding of the patterns nature uses to generate life in all sorts of situations. It ought to be self-apparent that learning from and emulating nature will always be a good strategy, but since we’re a kind of slow-to-learn-species, I’m glad there are “ambassadors” reaching out with the things they’ve learned (whether about writing or designing communities). I have a lot of respect for those who are willing to stand at the edges of disciplines or established ways of doing and understanding things and try something new. For example, Paul Stamets is a mycologist who, through deep respect for fungal life forms, has explored ways to partner with them to repair damaged land by promoting healthy soil biology.

But he takes it to another level in his recent research. I don’t think he’s projecting a fantasy world, but it does rely on imagination. Without an observation-fueled imagination, he wouldn’t have figured out a possible way to keep bees healthy in this era of catastrophic collapse.

Check out the video, it’s pretty cool stuff – and he actually does refer to the fungi as soil magicians! 🙂

This lovely video* of Bob Potts’ work really showcases such delicacy of movement and grace. The soundtrack contributes to the mesmerizing effect, but I think the sculptures really stand on their own. In particular, the third one (at about 5 minutes) makes me want to hop on and fly into a lovely cloud-puffed sky.

There is, of course the design and engineering aspects to the sculptures (and I’d assume, a lot of prototypes!), but what is really moving about these literally moving pieces, is their graceful integrity.
Indeed, Mr. Potts, in a gracious letter to blogger, Daniel Busby, wrote, “I do tinker away and come up with ideas. I make stick models to work out geometry. No high powered CAD programs here. Much of the time what I start out with is much different then the results. It is very rewarding to see a piece grow and evolve. I am looking for the gracefulness that surrounds us, I use the talents I have to try and bring it forth.“

A second video showcases those talents:

The first post in this series is here.
The second is here.

Part two of my earlier set of posts about some really cool kinetic art that folks are making.

Here’s a kinetic sculpture that unlike the previous work is minimal and simple – and yet it creates its own complexity. I like that its use of linear components creates images reminiscent of non-linear designs seen in, for example, cell division…

Then, something lighthearted and involving sound waves:

And a graceful sculpture in a Singapore airport.

As you may or may not know, my husband is a cultural anthropologist who does research on a variety of topics including the cultural & ritual practices that tie people to place. He’s done his fieldwork in Tibetan regions of western China (mostly Qinghai province/Amdo) and in his first film (2011) he focused on a community’s sense of connection to sacred mountains and their perceived place in the order of things.

About the film, Dan writes:

Embrace (2011) documents the ritualized relationship of an Eastern Tibetan (Amdo) community engaged in tantric practices, and the land that supports them. Engaging the deities of local mountains and the spirits of water and weather, a father and son share their yogic understanding of the state of their environment as a reflection of consciousness-in-place. 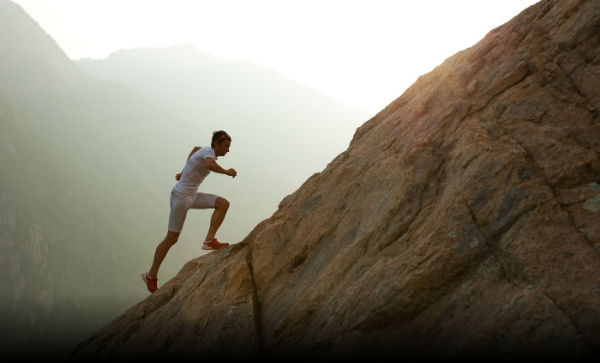 My friend, Katharina (aka Cat), recently posted a talk on her website by young mathematician (and aspiring quantum physicist) Jacob Barnett. Barnett is enthusiastic about stepping outside  safe-zones, forging ahead beyond expectations and overcoming externally and internally imposed limitations. Coming from a teen who was diagnosed as autistic without likelihood of being able to manage independent tasks like tying his shoes, it’s worth viewing.

Cat asked her readers what they thought of his approach and I said:

“I think it’s impossible, as humans, to ever stop learning but the nuance … is that at some point you have stop being “a student” or an amateur or simply “practicing” whatever it is you do and get out there and do the actual work no matter how long or far it takes you. Or how many reams of paper it uses up. Either take your learning farther or ditch it and go a new way.

We (most of us) end up so inhibited and stalled by what we’ve been told that it’s probable we’ve trained our minds (and by default, our brains) that there are limitations and we can’t get beyond them.

Personally, it’s something I work on every day. I appear to be a significantly slower learner than Mr. Barnett, but that’s ok.”

Really, honestly, what could we each be capable of if we could experience, even momentarily, a lifting of those self-limitations. There’d be no going back.

What do you think?

Speaking of forging ahead and getting to work, Cat’s organized a fantasy-story  treat: An Advent calendar of short stories and recipes and music all available (1 per day) starting December first if you subscribe by email. Click here for more information and to sign up.