For some reason an author bio is supposed to include an impressive list of accomplishments wrapped up in a compelling narrative with all sorts of proof of the author’s inevitable destiny.  If it’s clever, it’s written  in third person, with an ironic sense of humor couched in post-modern self-deprecation.

And it’ll be so good, you’ll wonder how you can reframe the utter mundanity of your own life into a magic-propelling blurb.

Yet, isn’t that what storytelling is about? Using the elements we’re given and finding a stream that runs through them and leads somewhere new?

So if a bio is a story, I’m interested in how to find a story in something made of this:  1970s and 80s central coast California, school, bookworm, swimmer, small-town boredom.

From inside that life it never seemed particularly interesting.

I was never the kid telling stories to my friends, not the one bending the ear of anyone near me to make up great tales and wonderful worlds.

But I was a daydreamer, nonetheless.

I never thought, “I want to be a writer.”

Instead it was “I want to write” so I wrote and wanted to write more.

I never settled on a career, having interests all over the map, and my accomplishments reveal only that I could have been a professional traipser.  If only there was such a thing, I’d have signed up immediately.

I love to learn and it drives me.

I like stories and meaning-making, I like language and words, and I write.  Only recently have I been working toward publishing what I write.  Or rather, at this point, I’m working on writing something publishable, which is different.  I’ve written far less than necessary to enter the big-leagues.  I’m a novice in most of what I do.

At least that’s one of the stories I tell.  This blog, along with all my other writing and playing and exploring, is a way of stretching the limits of that story because I understand that imagination is a beautiful old door leading into realms of possibility that have a way of leaking out into this one. 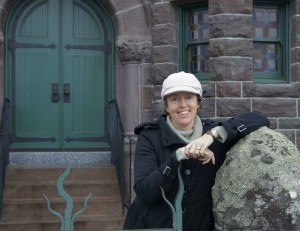